Katie Fuller, owner of the Fox & Hound Canine Retreat started her journey as a child surrounded by her dad’s American Fox Hounds and Jack Russell Terriers. As a child Katie’s involvement with her dad’s kennel, dogs and dog trials established her goal in life to work with animals particularly dogs.

Her career began in 2001, when she opened her first grooming salon in her home town of Arkona at age 19. In 2003, she began a career in pet nutrition with a pet food company, travelling throughout North America. Throughout her years in pet nutrition, Katie worked with leaders of the industry, veterinarians, breeders, world class trainers and even sled dog mushers. In her travels, Katie was fortunate to have visited hundreds of boarding and daycare facilities.

With the experiences and ideas gathered from her travels, Katie began to design her own facility putting her life long dream of operating her own facility into reality. The Fox and Hound Canine Retreat, named as a compliment to her dad, would allow Katie create a facility where she, herself would find acceptable enough for her own dogs to stay.  Putting herself in the shoes of a nervous dog parent who would be apprehensive to leave their beloved dog at a “kennel”, Katie wanted to create something dog parents would feel good about.

At the F&H every detail has been planned based on what dog parents want while keeping the comfort of the dog above all else.

Katie’s approach to dog care is unique to Ontario. Catering specifically to the social dog as an open concept facility, a temperament assessment is critical to the operations of the F&H. With this method, the dogs need space, and the Fox & Hound certainly has a lot of that. This open concept retreat sits on a 50-acre farm allowing Katie and her qualified and trained handlers to provide the foundations and programs a dog needs. At the age of 19, she attended Sheridan College in Oakville where she graduated with honours from Technical theatre. Upon graduation, she gained work in her field as a scenic carpenter first with the Huron Country Playhouse then for the Sudbury Theatre Centre. When she was no longer able to abide the harsh Sudbury winters, she headed south to join Princess Cruise’s Technical theatre team where she spent the next several years traveling the world-and getting paid for it!  When land started to call-and her liver could no longer handle ship life-she settled on Salt Spring Island, BC where she spent a year working as a hairdresser’s assistant. This was Kelly’s first taste of (unexpected) dog training. A week prior to her finding the job her boss had adopted a Bichon puppy named Barnaby. Barnaby quickly became a permanent shop feature and it was part of Kelly’s duties to walk, feed, and-inevitably-train the little guy. When BC became too expensive, Kelly returned for a short stint at sea where she reconnected with an old friend who, within weeks, was diagnosed with Cancer. She made the tough decision to leave Princess and accompany him to Wales where she saw him through his Chemotherapy treatments. Kelly pushed down her homesickness until he was in remission, at which time she returned to Canada. Shortly thereafter, her older brother-known for never missing a business opportunity-called and asked, “Hey, if I buy a motel in Tobermory, will you run it?” With zero hospitality training, but a ton of common sense, Kelly began her 10-year career as a live-in Innkeeper at the Blue Bay Motel in Tobermory. While she learned a plethora of invaluable skills-mostly self taught (thank you Google) and met a boat load of interesting people, being on call 24/7 and away from family and friends for 7 months at a time started to wear on her mental health. It was at this point that she returned to Sarnia.

A short 2 months later, she was hired at the F&H. Is Kelly a workaholic?  By all accounts, yes; nevertheless, interspersed with the travel and responsibilities she also found love and mental calm. Kelly is now married to her best friend, has a dream job, and can confidently say she has finally found the work/life balance everyone strives for in this crazy life. 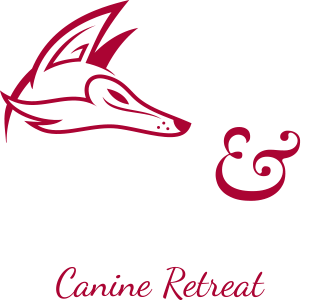 As a Covid precaution, we continue to offer all our services with a drive thru & curbside method.